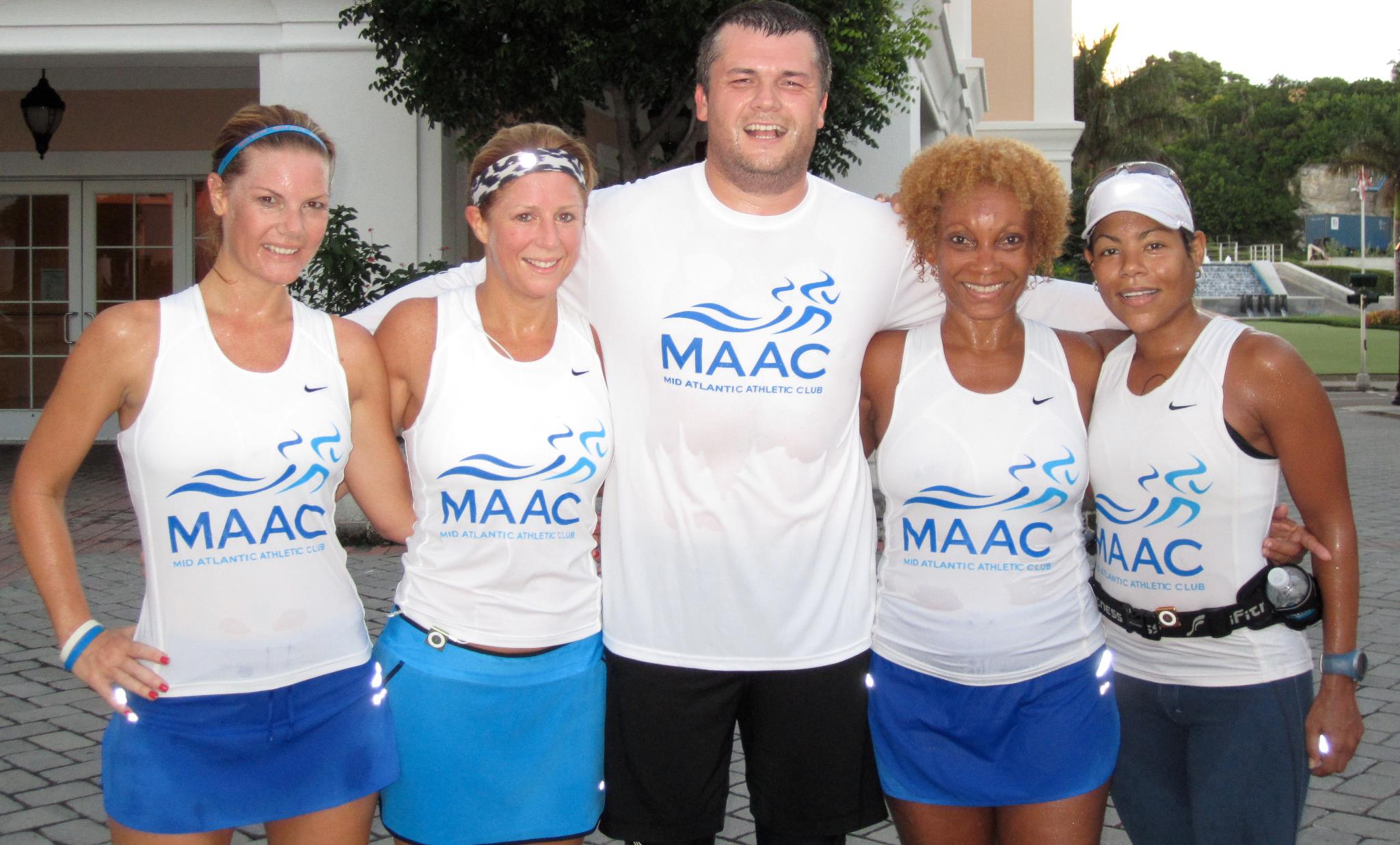 The Mid Atlantic Athletic Club (MAAC) was formed in June 1977 by a group of enthusiastic runners who wanted to promote road races and improve running standards in Bermuda. Today, MAAC retains those original concepts but also seeks to offer to its Members all the other pursuits normally covered by a running club. In the cosmopolitan world of Bermuda MAAC welcomes the seasoned runner as much as those who want give running a try for the first time. At present with over 400 members we have members of many ages, abilities, nationalities and backgrounds.

We have an emphasis on middle & long distance running with some members now venturing into ultra marathons. MAAC organizes a number of road running events, a cross country race and special races for juniors.s.

Included in our training program is the legendary Wenesday Night MAAC Track which is held at the National Sports Centre. There are two MAAC Track sessions, Spring session builds towards Bermuda's oldest road race the Bermuda Day Half Marathon. Autumn session builds towards the Bermuda Marathon Weekend in mid January. MAAC Track is a supplement to the MAAC membership and is easily joined through Racedayworld.com (Entry restricted to MAAC members only).

The club also co-ordinates entrants to the some of the Marathon Majors. Spaces are limited and may vary from year to year so make sure you subscribe to our newsletter to hear about the oppotunities. MAAC offers a varied social calendar to its Members including a Summer Party, Christmas Party, and the Annual Awards Dinner at which the best achievers of the Club in various categories are recognized and rewarded.

The club is run by an Executive committee who are elected each year at the Club's Annual General Meeting. We consider MAAC a big family and as such offer all members and their families the chance to become involved in the running community via multiple volunteer opportunities as a Committee member, race Director or Race volunteer. MAAC is an affiliate member of the Bermuda National Athletic Association ( BNAA).